Wanting to say the biggest THANK YOU to Kev Brannan for giving me all the driving knowledge to ensure I passed my test today! Filled me with so much confidence and was an absolute pleasure each and every lesson. Would recommend him to anyone without a doubt!! Thanks again. Nicola Phillips😃

I passed my test today on the first time with only two minors.

My first instructor was Peter. He basically taught me how to drive from scratch. His instructions were very very clear. I had no problem understanding him at all considering my first language isn’t English. He knows exactly what the examiners look for and his instructions are exactly the same as the examiners. He is very strict for some basic rules, such as mirror signal position speed and road position, which helped me to deal with more complicated situations at the later stage and also helped me avoid minor mistakes in the real test. He is also very familiar with the test area (Garston). He will take you to all routes the examiners might take you. Another point I would like to make is Peter recommended me to go to Aigburth station since I was living in city centre. You can consider whether it is convenient to you.

Since my theory test will expire in one month, I had to change an instructor at the end. Kevin is my second instructor. Kevin’s style was very different from Peter’s. After the first lesson with Kevin, he said I was ready to book for my test, which really boosted my confidence and made me trust myself more. From that point, I feel like I suddenly can drive haha. He also taught me the gearing theory. Lower gear gives more power and higher gear is more economic, which really helps me to decide which gear I should use in any situations. He also taught me how to approach a roundabout and right turns. His method is very logical and useful in real life driving. He is able to pick me up from where I am living, which definitely saved me lots of time. And I also got chance to drive in the city centre and practice my gears by dealing with lots of traffic. Kevin only works on weekdays but can do evening lessons and his timetable seems more flexible. I usually book my lesson a couple of days before, which helped me to fit my driving lessons into my busy work schedule. He drew everything on an IPad by using colourful lines and he can draw a simple car within 2 seconds, haha. Very impressive. I loved it. The only point I want to make is it is very difficult for Kevin to be on time, usually 15 minutes late. But it is not a big problem when you know about it .

Thank you so much again for taking me through the test.

Just want to message to say thanks for helping me to pass. My instructor was Kevin Brannan and he was brilliant. I passed first time after a 20 hour crash course. I would recommend Kevin to anyone as he made me feel comfortable in the car and his analogies helped a lot! Karl West

Laura Howard
Instructor name:: Kevin Brannan
Your testimonial:: I passed my test with Kevin Brannan yesterday, i had previously failed a test with another driving company 2 years ago so my nerves were terrible getting in a car again. He quickly put my nerves to rest and started preparing me not only to pass my test but also the skills i would need for life. He gave me a firm push in the right direction making sure i would not make the same mistakes over in my test or after. Thank you so much for all your lessons, i drove my son to football today and felt so confident. Thank you 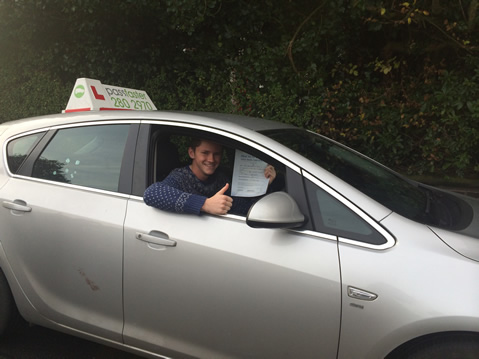 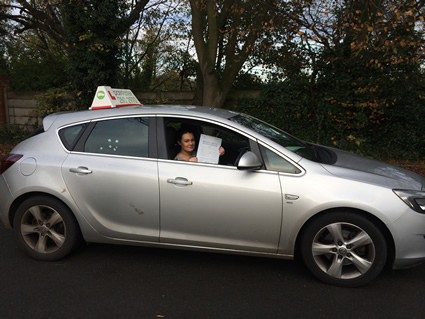 Thanks to Kevin Brannan for the great 20 hour course, a great instructor who really pushed me to be better - passed first attempt!
After passing I still wasn't 100% confident so we did a few extra hours of motorway tuition. This was a huge confidence boost and it was reassuring to have an instructor with me on my first time tackling a motorway.
Would definitely recommend both Kevin Brannan and Passfaster to friends! Richard Yeung

Record turnaround for Ste Musgrave passed his theory on Wednesday got a last minute cancellation on Thursday and passed that as well 1st time.

Martin Clarke passed 1st time after a 25 hour course which gives him bragging rights over brother Nick who took 2 attempts!

Big thanks to Kevin Brannan for the training I got that made me pass first time and receiving my license today and its all because Kevin goes over everything and if you make mistakes he will wait till you get it right and then on your next lesson he will cover it again. So I highly recommend Kevin Brannan you will love the golf it is a great car to drive. Thanks again Kevin Brannan. Imran

I would like to pass on my sincere gratitude to Kevin, without whom, I would not be driving today. Due to his expert tuition, I passed my driving test first time on 9 April 2013. Thank you Kevin Brannan. Barbara Hoban

Took my test yesterday feeling very nervous but...I PASSED with just 5 minors! Kevin was a great teacher! He built up my confidence from day one! It took just 24hours of driving too! Learning with Kevin was great as he is so laid back and makes you feel so at ease! I would recommend Kevin to anyone, anyway! I am absolutely over the moon that I passed my test! Thanks again Kevin Brannan. Sam Scottxx 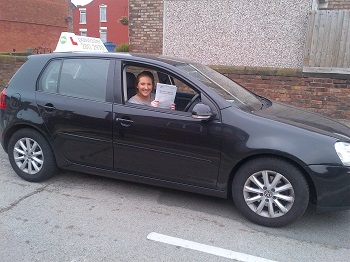 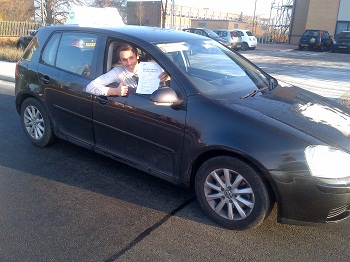 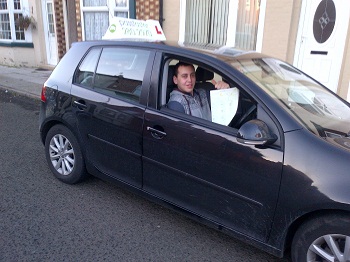 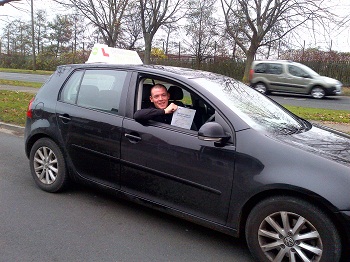 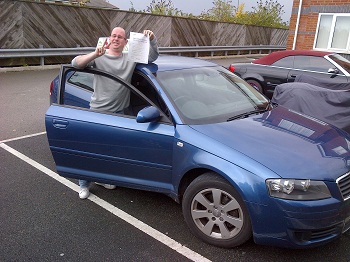 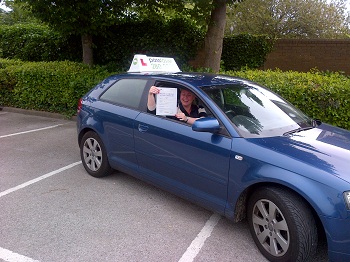 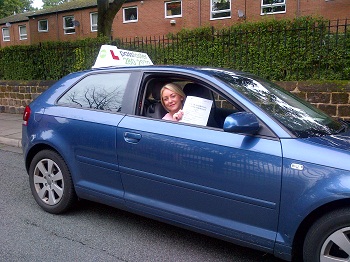 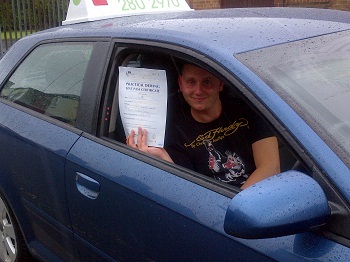 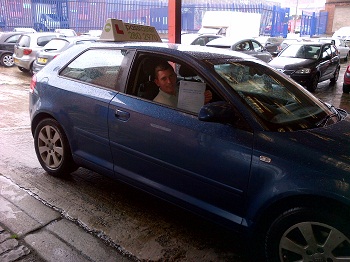 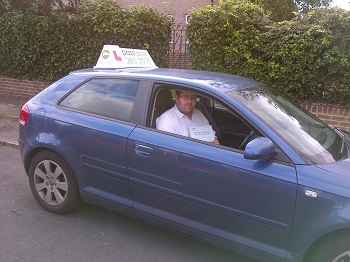 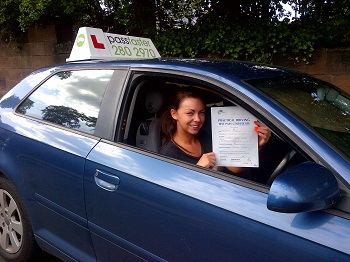 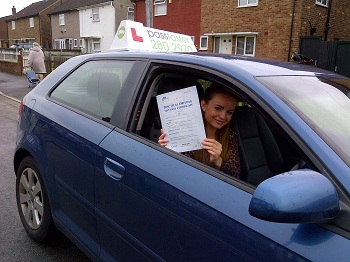 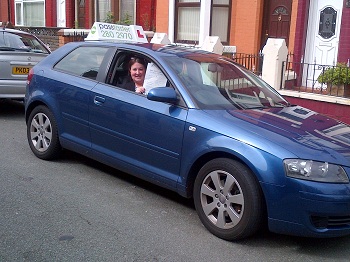 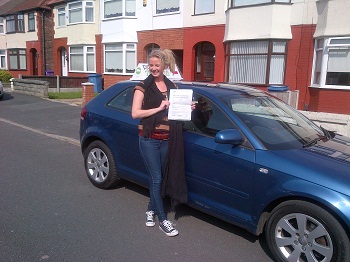 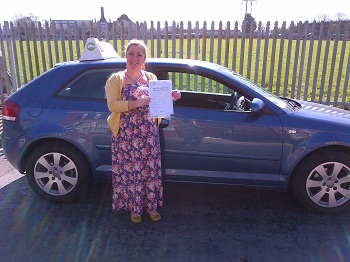 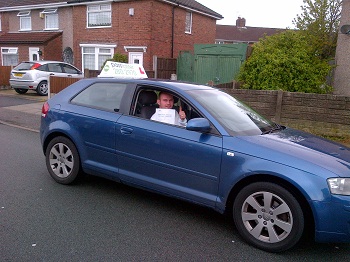 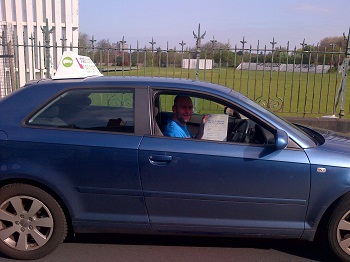 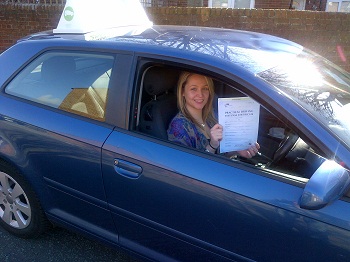 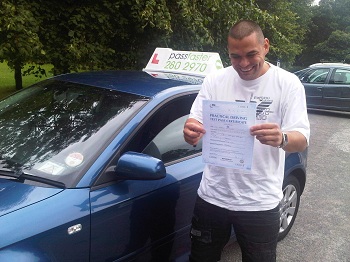 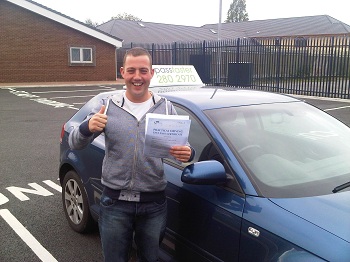 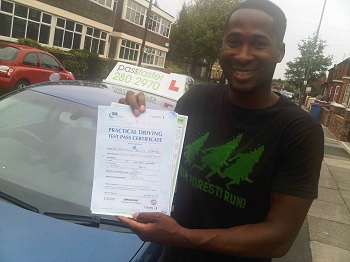 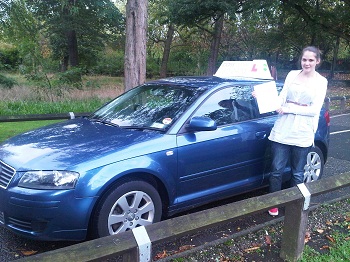 If you have any questions or need more information, please get in touch. You can call us on 0151 280 2970 or send a message through our contact form.

Recently just passed, my instructor was John Dunn. Couldn't ask for a better instructor. Always on time, made me feel confident about my driving, and prepared me properly for my test. Definetely recommended.